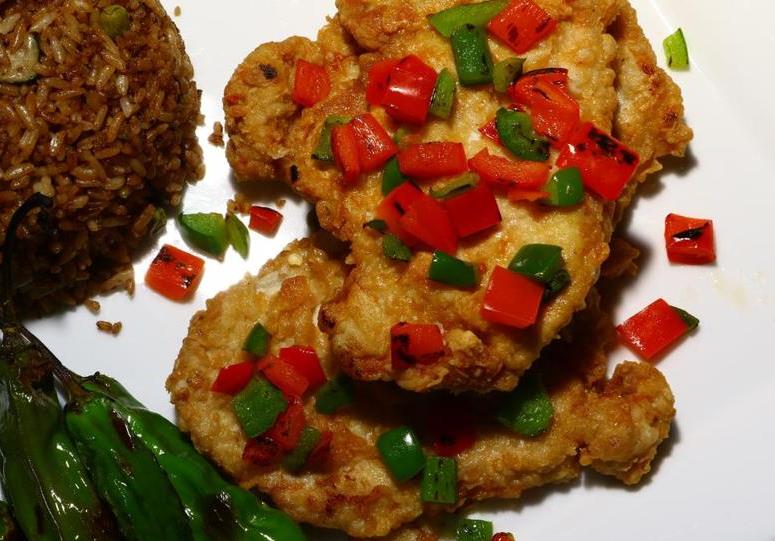 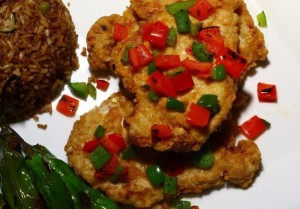 IN THE KITCHEN — Though Nobo is just four months old, the modern take on the Japanese dishes served there is a fusion of the Yu family’s 20-plus years serving pan-Asian food.

Theresa Yu (general manager) and her two sons created the Chelmsford restaurant when Jon (Nobo operations manager) and Julian (dining room manager) left the corporate world and returned to the business in which they grew up.

Though of Chinese descent and raised in Hong Kong, Theresa was influenced by Japanese culture, and the family has visited Japan, most recently to develop the dishes they serve.

“Nobo” derives from the words “no boundaries,” and the family wanted to push that in cuisine and décor.

Their dishes are so unusual that Theresa had to train the family’s team of chefs to prepare them. She herself makes all the sauces, and when the kitchen is busy, she steps up to help out, always keeping an eye on consistency. She also has secret recipes, like those for Nobo’s miso soup and honey-flavored sauce. The Yus have a long relationship with specialty vendors and source some of their special ingredients directly from Japan.

Two weeks after Nobo’s opening, the Yus participated in the “Taste of Chelmsford” with 25 other restaurants. Their Ichiban (teriyaki glazed chicken tempura) won second prize by popular vote and their Kobe spring roll won third.

THE LOCALE Nobo is an intimate space, its décor colored in browns. The Yus designed the interior with the help of local artists Markus and Leslie Lewis. Brown mesh curtains separate the dining spaces, lending airiness and at the same time providing privacy. The curtains can be moved back to create one large interior, keeping in harmony with the theme of “no boundaries.”

Immense fabric origami-like koi fish gambol on the walls. Jon and Julian chose the koi as a design element because their father raises the fish, which are linked to longevity and good luck in Asian culture.

ON THE MENU Among the extensive offerings, prices range from $2.50 for miso soup to $60 for the Nobo Feast for Two, with most entrees between $16 and $29. Nobo is one of the few restaurants in the area to feature a premium sake list, including Daiginjo.

We ordered the garden tempura ($8), and what a delight. It was a nice presentation of hot, crispy, battered green beans, broccoli, onions, asparagus, and zucchini.

I shied away from ordering sushi, choosing the more familiar-sounding honey walnut shrimp with broccolini ($23). My husband likes a little heat in his food and chose the dry tossed salt and pepper pork loin with grilled shishito peppers ($21).

Both our meals included the miso soup. I found it too unfamiliar for my palate, but my husband enjoyed it, calling it “representative.”

My honey shrimp entrée was a generously sized portion of shrimp fried tempura-style, drizzled with the light honey secret sauce and encircling a mound of Yakisoba noodles (light wheat noodles imported from Japan). The chef had thoughtfully removed the shrimp tails, making the dish even more pleasurable to eat.

My husband’s dish was pretty, but not as hot as he expected. I later found out that the peppers are sourced from Japan. Jon said that the heat can vary, accounting for the relative mildness in these.

We found the cuisine intriguing and plan to go back to try some of the family favorites, like the Kobe spring rolls and the volcano flatbread.

Diane Severin can be reached at dianeandthebees@comcast.net.